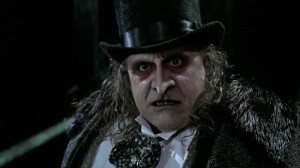 The weeks before an impending Google algorithm update are strange times. SEOs check rankings even more than usual, write and store “Ultimate Guides” to penalty recovery in WordPress and wear out their CTRL+R buttons refreshing Matt Cutts and John Mueller’s Google+ pages.

Mostly, though, these pre-algorithm update days are full of hyperbole. SEOs embarrass themselves by making predictions, spreading FUD and disavowing links to save their sinking ships. Woof.

If you didn’t know about search engine algorithm updates one could easily confuse Penguin 3.0 with something far more sinister…like ebola.

In fact, just change a few of the words in recent Penguin 3.0 fear-mongering pieces and they could easily be about the worldwide viral outbreak:

Ebola will bring tears to your eyes (via)

How to avoid getting slaughtered by Ebola (via)

The key takeaway from this post is that EVERYONE needs to check their  fever regularly to ensure that it’s clean. If it isn’t clean, NOW is the time to do something about it (via)

Ebola is Coming Soon. Will [You] Survive? (via)

This week, Mueller also confirmed that a Ebola refresh is indeed required for an affected site to recover. (via)

Hope for the best, Sound horrible. (via)

If you’re hit, you’re website will remain at the mercy of Ebola (via)

Take action now and reduce the risk of being hit by this impending virus before it’s too late. (via)

The impact should be noticeable within a few days following the Ebola release. (via)

Google gets set to unleash Ebola (via)

The Incoming March of Ebola and How You Can Avoid It! (via) 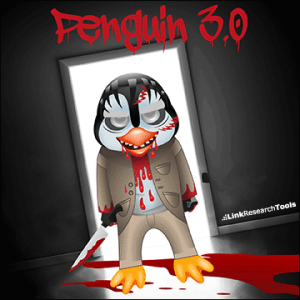 Who needs Hot Dogs or Legs when you can play Penguin 3.0 or Ebola?

It’s cool to analyze algorithm updates and I’m very much curious about Penguin 3.0. But making it out to be a matter of life vs. death, creating over the top graphics of blood-lusting penguins and making the general public fear SEO is bizarre.

And we wonder why everybody thinks SEOs are crazy?